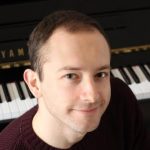 Bozhidar is a PhD student at City, University of London, under the supervision of Dr Shay Loya and Ian Pace. His research concentrates on the issues of harmony and tonality in Franz Liszt’s late piano music. In his analyses Bozhidar uses neo-Riemannian theory predominantly, but he’s also keen to combine it with Functional and Roman numeral analysis, in order to address more fully the harmonic complexities of late Romantic and post-tonal music.

Originally from Bulgaria, Bozhidar holds a MMus degree in Composition from the National Music Academy in Sofia (2017), completed with distinction after the presentation of his final project – a piano concerto. His compositions also include a flute sonata, quintet for winds and strings, various works for piano and a string quartet. Bozhidar’s interest in composition began during his BMus studies at the University of Huddersfield, which was completed in 2013. Before that and alongside his academic studies, he has been enjoying playing the piano since the age of six and has taken part in hundreds of concerts, including three of his own recitals.

Since the beginning of his studies at City in September 2017 Bozhidar has beenactive as a musicologist, presenting papers at the conferences in Rimini, Italy (Gruppo Analisi e Teoria Musicale 15th and 16th International conferences in 2018 and 2019), Porto (Música Analytíca 2019) and Paris (JAM 2019). 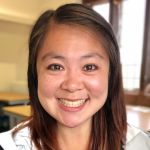 Yvonne is a doctoral candidate in the Department of Music at Durham University, under the supervision of Julian Horton and Tuomas Eerola. Her research investigates the amalgamation of three distinct theories – Schenkerian Method, Neo-Riemannian Theory and Set Theory – into a hybrid model to analyse early twentieth-century works. She is also working towards bridging the divide between performance and music analysis through an investigation into music perception and cognition.

Hailing from Australia, Yvonne holds a first class honours MMus in Musicology (2017), from the University of Melbourne, a first class honours BMus in Musicology (2014) and GDipEd (2015) from the University of Queensland. In 2017, Yvonne presented her first paper at the 9th EuroMAC in Strasbourg on the findings of her MMus research – the synthesis of Schenkerian and Neo-Riemannian Theories. Since then, she has continued to particiapate in numerous conferences, both nationally and internationally. These include Música Analytíca, Gruppo Analisi e Teoria Musicale 15th International Music Theory and Analysis Conference, 54th Annual Conference of the RMA, CityMAC, 2018 and 2019 SMA TAGS Conferences. She will be presenting different papers at several upcoming conferences: IMS Intercongressional Symposium (July 2019), SotonMAC (July 2019), 11th Biennial International Conference on Music Since 1900 (September 2019), SysMus (September 2019).