The trustees of the Society for Music Analysis manage the affairs of the charitable incorporated organisation (CIO), and for that purpose may exercise all the powers of the CIO. Trustees take on different roles within the Society, including responsibility for areas including outreach, communications and events. Profiles of the individual trustees are given below. 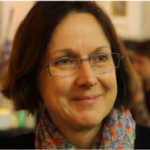 Esther is a Senior Research Fellow in Music at King’s College, London, where she is co-authoring a book on Howard Skempton.  She has been Vice-Chair of Governors of the Trinity Laban Conservatoire of Music for eight years, and a Director of the City of London Festival, and now works with violinist Michael Bochmann on various projects for the charity Water City Music.  She has studied the piano with Guy Jonson, Susan Bradshaw and Thalia Myers. Esther started her working life as an academic musician and pianist, completing a doctorate on Mozart’s music, publishing music theory articles in JRMA, Music Analysis, and elsewhere, and teaching music at Oxford University, but took a twenty-year career break from music to go into the City as a lawyer, whilst always retaining her musical interests to which she has now returned.

Chris Dromey is Associate Professor in Music at Middlesex University, where he teaches theory, analysis and business. A synopsis of his book on The Pierrot Ensembles: Chronicle and Catalogue, 1912-2012 (Plumbago, 2013) is available to read here. He has written on Benjamin Britten (Ashgate), Alexander Zemlinsky (Middlesex UP) and Peter Maxwell Davies (Routledge), and advanced some of his book’s themes in more recent publications on neomodernism hierarchical organisation in music. Chris is currently co-editing a volume for Routledge on The Classical Music Industry. Before Middlesex, he taught at the Open University, the Royal Opera House (Thomas Adès’s The Tempest), Birkbeck College, University of London (twentieth-century music), and King’s College London (music analysis). An active organist and pianist, Chris also writes for the London Chamber Music Society and convenes Middlesex’s Concerts and Colloquia, a Tuesday evening series open to the public featuring musicologists, executives, performers and composers (proposals from potential speakers are always welcome). Chris oversees Membership for the SMA. 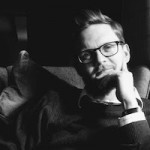 J. P. E. Harper-Scott is Professor of Music History and Theory at Royal Holloway, University of London. His research interests include British opera and concert music since 1890, particularly Elgar, Walton, Vaughan Williams, and Britten, as well as the operas of Wagner, Strauss, and Berlioz. His work draws extensively on philosophical, cultural, and social theory as well, always, as the explanatory resources of music analysis. From the start his work has engaged particularly with the philosophy of Martin Heidegger. More recently, this has been supplemented by psychoanalysis (especially Lacan and Freud), critiques of the sexual, political, and economic subject (particularly the work of Alain Badiou, Karl Marx, and Slavoj Žižek), and an explicitly Leftist perspective. He is the author or editor of five books and a sixth, Ideology in Britten’s Operas, is due in 2018 from Cambridge University Press. 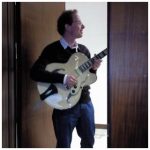 Julian Horton is Professor of Music and Head of Department at Durham University. He has been Lecturer, Senior Lecturer, Associate Professor and Head of the School of Music at University College Dublin, and has also taught analysis at King’s College, London. Julian completed his undergraduate and doctoral degrees at Trinity College, Cambridge, where he held a Junior Research Fellowship from 1996–2000.

His research focuses on nineteenth-century instrumental music, with special interests in the analysis and reception of sonata forms, the theory of tonality, the symphony, and the piano concerto. His monograph Bruckner’s Symphonies: Analysis, Reception and Cultural Politics is published by Cambridge University Press (2004). He is editor of The Cambridge Companion to the Symphony (2013), and a contributor to The Cambridge Companion to Bruckner and The Cambridge Companion to Vaughan Williams. Publications in peer-reviewed journals include articles in Musical Quarterly, Music and Letters, and Music Analysis. In 2012, his article ‘John Field and the Alternative History of Concerto First-Movement Form’ was awarded the Westrup Prize, the annual outstanding publication award of the Music and Letters Trust. Forthcoming publications include Rethinking Schubert, published by Oxford University Press and co-edited with Lorraine Byrne-Bodley, and a monograph on Brahms’ Piano Concerto No. 2.

Julian has been Critical Forum Editor of Music Analysis and serves on the advisory boards for Nineteenth-Century Music Review, Analysis in Context and Music Theory and Analysis. He is also a founder member of the Society for Musicology in Ireland, and served two terms as a member of the Society’s Council. In 2009 he was awarded an Irish Research Council for the Humanities and Social Sciences Research Fellowship for work on the nineteenth-century piano concerto; he has subsequently been Principal Investigator for a Marie Curie Framework-Programme 7 Research Fellowship, investigating the reception of Brahms’ music.

Julian is also a composer, and (in his non-existent spare time) a keen amateur jazz guitarist.

Shay Loya is a Lecturer in Music at City, University of London. He received his PhD at King’s College London in 2006, and previously lectured at the University in Durham (2007-8 as CETL Teaching Fellow and 2011-12). His research interests include Liszt, Hungarian-Gypsy music, analysing musical transculturation, and other critical and aesthetic issues in music of the long nineteenth century. He has presented numerous papers in international conferences and his main publications include Liszt’s Transcultural Modernism and the Hungarian-Gypsy Tradition (University of Rochester Press, 2011), and the  article ‘Recomposing National Identity: Four Transcultural Readings of Liszt’s Marche hongroise d’après Schubert’, Journal of the American Musicological Society, 69.2 (2016): 409–67. He is currently working on Liszt’s late works and developing music analysis modules at City. 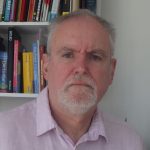 I studied music at Queen’s Belfast in the late 1970s and early 1980s and graduated with a first degree in music and an MA in composition.  I am also a graduate of the Open University with an arts degree, mainly in history. I have taught music for several UK universities and colleges, mainly The Open University and Rose Bruford College of Theatre and Performance  With Rose Bruford College I have since 1997 been closely involved, as a module author and tutor, with the opera studies degree (now opera studies online). I have a particular interest in teaching theory and analysis to adults, particularly adult beginners. My main interests are opera, music analysis and theory and I have presented papers at international conferences on Beethoven, Schubert and new ideas in music theory.  I am a member of the senior examinations team for music of the International Baccalaureate Organisation.

Between 2010 and 2017 I was the coordinator and later company secretary of Kingston Federation of Residents Ltd in Kingston upon Thames.  Kingston Federation is an umbrella group that represents residents in social housing in the borough and most of its members are volunteers.  I was responsible for all aspects of the administration of the company. I also have experience in a fairly wide variety of teaching roles. I have taught English as a second language since the mid 1980s and have worked in organisations as varied as the WEA and a maximum security women’s prison. I am currently an English tutor for Aston American University. In 2013 I founded Theory of Music Ltd, a not for profit company dedicated to providing free or low cost resources for the study of the history and theory of music (www.theoryofmusic.eu).

In my spare time I like to play chess, support Liverpool Football Club and play the guitar, the recorder and the piano.  I have also written and published a couple of travelogues and one novel. 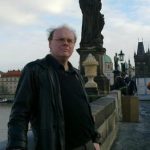 Ian Pace is Senior Lecturer in Music and Head of Performance at City, University of London, having previously held positions at the University of Southampton and Dartington College of Arts. His areas of academic expertise include nineteenth-century performance practice, comparative performance studies, issues of music and society (with particular reference to the Frankfurt School), contemporary performance practice and issues, music and culture under fascism, modernist music and its institutions, in particular in Germany, critical musicology, and music historiography. He co-edited and was a major contributor to the volume Uncommon Ground: The Music of Michael Finnissy, published by Ashgate in 1998, and authored the monograph Michael Finnissy’s The History of Photography in Sound: A Study of Sources, Techniques and Interpretation, published by Divine Art in 2013. He has also published many articles in Music and Letters, Contemporary Music Review, TEMPO, The Musical Times, The Liszt Society Journal, International Piano, Musiktexte, Musik & Ästhetik, The Open Space Magazine, as well as contributing many book chapters to edited volumes. The collection Critical Perspectives on Michael Finnissy: Bright Futures, Dark Pasts, co-edited with Nigel McBride, will appear from Routledge in April 2019, volumes on Writing on Contemporary Musicians and Writing about Contemporary Artists in Theory and Practice, from Routledge and Palgrave Macmillan respectively, both co-edited with Christopher Wiley, will appear in early 2020, and Rethinking Contemporary Musicologies: The Limits of Interdisciplinarity and the Dangers of Deskilling, co-edited with Peter Tregear, will appear from Routledge in 2020. Other forthcoming publications include monographs on music in Weimar and post-war Germany, a book on Brahms Performance Practice for Routledge, and a history of specialist musical education in Britain. 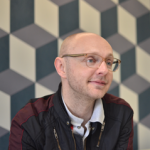 Kenneth Smith is a senior lecturer in music at the University of Liverpool. He completed his PhD at Durham University in 2009 and subsequently held teaching fellowships at Durham and Keele. Whilst his research is analytical in focus, other areas of interest include: 19th- and 20th-century music and philosophy, semiotics, psychoanalysis and aesthetic theory. His monograph, Skryabin, Philosophy and the Music of Desire (2013), is an interdisciplinary study of Skryabin’s harmonic system and its roots in Russian culture and philosophy. Kenneth works broadly with neo-Riemannian theory and his current book project is entitled ­­Desire in Chromatic Harmony: A Psychodynamic Exploration of Fin de Siècle Tonality. Kenneth also publishes on popular music and is co-editing Expanded Approaches to Analyzing Popular Music (Routledge). 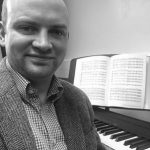 Christopher is Lecturer in Music Analysis at Newcastle University. He completed his PhD at Royal Holloway, University of London, in 2015 and has held academic positions at the University of Bristol and Anglia Ruskin University. His research focuses on theory of form and its application to nineteenth- and twentieth-century instrumental music, especially theNordic symphony. His PhD made a reassessment of Schubert’s sonata-form practice through a critical engagement with Sonata Theory in conjunction with ideas drawn from Lacanian psychoanalysis. He has published articles in the International Journal of Žižek Studies, the Danish Yearbook of Musicology, and Music Analysis. As well as historical musicology and analysis, Christopher has wider teaching interests in performance, counterpoint and harmony, orchestration, and conducting.